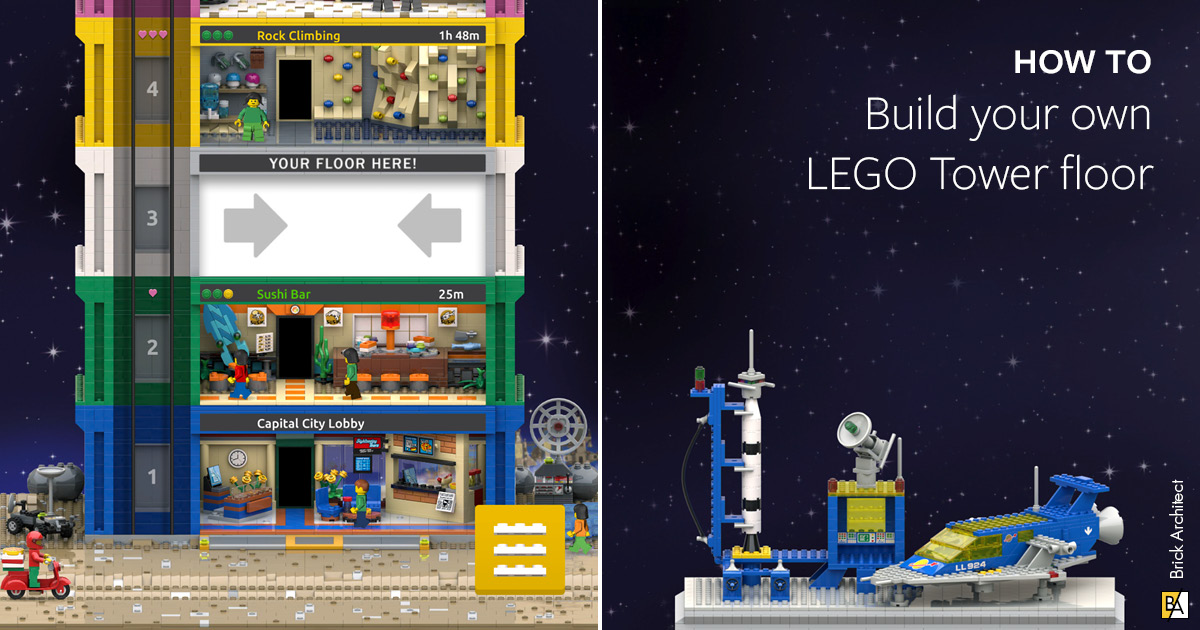 Build your own LEGO Tower floor

The LEGO Tower game is packed with intricately detailed brick-built scenes. Let’s learn about the design guidelines to create your own floor, and the winning fan-designed models which are included in the game.

If you could include your very own, customized floor in a LEGO Tower, how would it look?

LEGO provided a precise template to create floors for their LEGO Tower game. Let’s take a closer look at the template, learn how to build a model of your own, and see some of the winning fan-made designs that are included in the game.

What is LEGO Tower? Read the Brick Architect Review.

The LEGO Tower game includes a ton of beautifully detailed brick-built rooms. Since the game only scrolls vertically, each floor is rendered in advanced and displayed as a flat image. In order to make sure that Minifigures appear in the right place in every floor, and the door is shown in the right place, strict guideline were created that all designs need to follow. 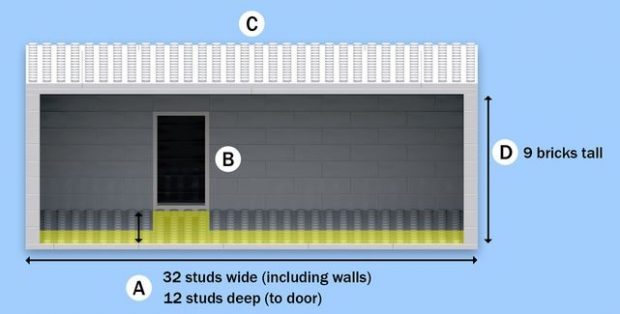 By following these rules, a wide variety of submissions were designed; 588 to be exact. Rooms in the game and contest were organized into five types: Food, Recreation, Service, Retail and Creative, allowing for a wide variety of different types of rooms. Despite this set of room types, there were a wide variety of things you could build that fall into these types. As an architecture and design fan I created 10 entries into this competition, building things from a laundromat all the way to a LEGO play room. 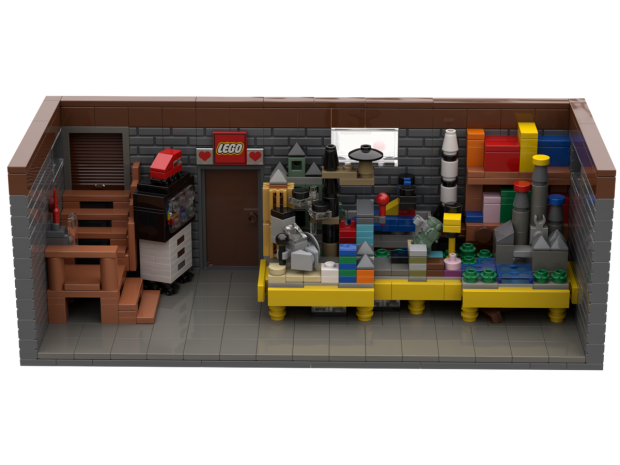 My experience and builds

Having only built models using real bricks, it was very different switching to working with a computer. Now my canvas was unlimited and I was no longer constrained by the parts I had. As with all the other entries, the builds were done digitally and then rendered. Over the span of a month I made it a goal to try and build two floors per week. This creative and stress-free opportunity allowed me to let me creative juices flowing and let me think outside of the box, while sometimes also letting me pay homage to my early LEGO days. 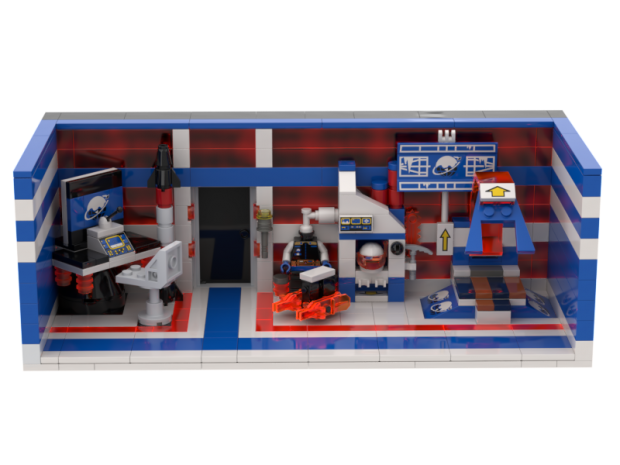 Despite the contest being a virtual floor, I tried to think outside of the box and for one of my creations built the inside of a subway stopping at a subway station. This build let me play with depths and let me use a lot of parts that I had never used before. This idea was rather unique when compared to the other entries, but unfortunately did not fit in the spirit of the game so did not get much recognition. Despite this it was a lot of fun and let me experiment a lot with colours and parts. 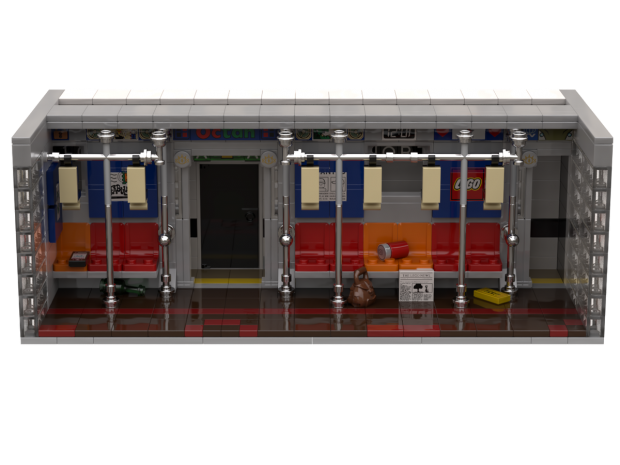 Having built all these floors, I almost want to go to Bricklink and order the parts to make my own LEGO Tower. Unfortunately, a lot of the floors I built had close to 1000 pieces, with some pieces being rare so should I ever go forth with this endeavor then it will definitely be a pricy one. I learnt a lot about how to use new pieces and how to creatively build floor tiling in LEGO. Before this contest the floor of my builds was rather boring but now, I picked up skills to make it creative. Most importantly, I learnt how to use stud.io, a 3d LEGO modelling software, something I definitely plan to use more moving forward.

How can I get started with LEGO IDEAS

You get excited and want to build your own models? Do not hesitate and let your creative juices flow by entering a contest right now. There are always two to three contests running at a time on LEGO IDEAS so pick one you like and get started.

In order to build 3d models and sets I used stud.io by Bricklink. This popular software can take a little bit to learn but with lots of resources on their site and a bit of practice you can be an expert and maybe even win your own contest. Why not start enhancing your architectural skills today and build some cool buildings or design something for the next BrickArchitect contest. We held our own contest here last year.

The competition allowed LEGO fans from all over the world to submit a floor with the winning entries included as floors in the game. To explore whether or not this game is worth playing check out our review. Let’s dive in and explore details of this cool competition and view the winners’ models as I share my experience in my first ever LEGO IDEAS contest.

Most LEGO IDEAS competitions abide by the same set of rules for their competitions. The contest itself is made up of 3 stages. The submission phase, the judging phase and the winners announcement phase. In order to submit your submission into a LEGO IDEAS contest you first need to go to the contest page, then follow four simple steps. 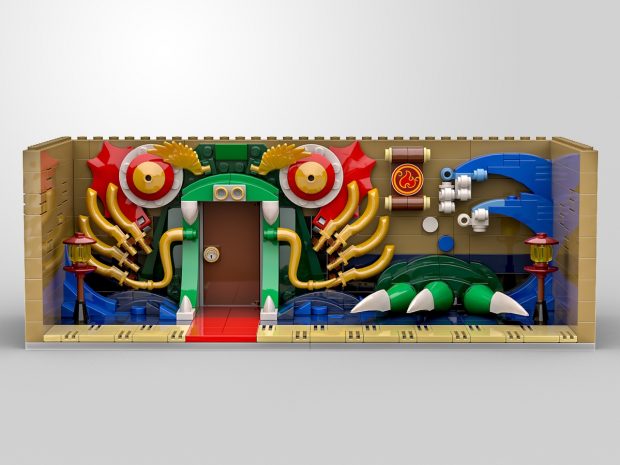 Aside from having fun and having the opportunity to get your design included in the LEGO Tower Game this competition gave six winners an opportunity to win some very cool LEGO sets. The physical prizes that were given to the six winners were LEGO Creator Expert #10264 Corner Garage, LEGO Ideas #21313 Ship in a Bottle, and a $200 shopping spree on the LEGO store. It is no surprise that this contest saw a whopping 588 entries—one of the most popular LEGO IDEAS contests to date. 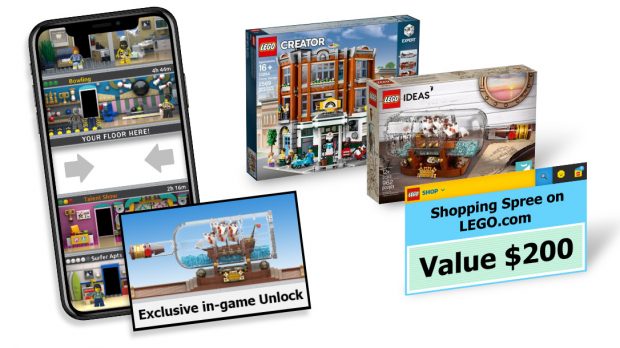 There were a whopping 588 entries in this contest, each build being new and unique. This was no easy task for the judges but in order to determine a winner the judges had four criteria that they judged by. With the entrants with the highest combined score winning the contest. The four criteria were as follows:

By using the metrics highlighted in the judging section the judges picked six winners, each being unique and different. Unfortunately, I was not one of these six but the experience in itself was a victory for myself as I was able to build a lot of cool models and learn new things. Most importantly I had fun. 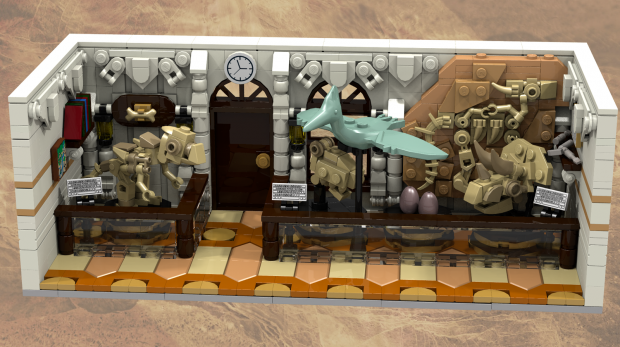 So who were the winners…

As we can see, each of the winners were very unique and spanned a wide variety of types. My favourite of the rooms that won were Monster House and Capsule Hotel and I cannot wait to get these vibrant and creative floors in my LEGO Tower. 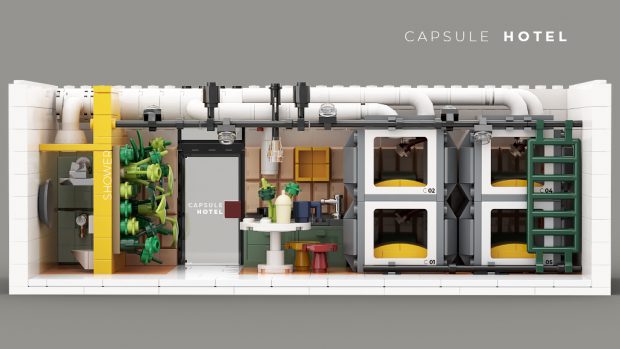 Despite there only being six winners there were many many creative builds so it is worth checking out all the floors that were built on the contest page so you can determine whether or not you agree with the judges. The other entrants can be found here

For any fan of LEGO the IDEAS program is something you should try at least one. Either be involved in the community by checking out the cool things people create and vote on creation or build things yourself for the community to enjoy. This was my first LEGO IDEAS contest and I am sure it will not be my last, so join in and have as great of an experience as I have.

This contest had many awesome entries, with all the winners duly deserving their prizes. If you play the LEGO Tower Game keep an eye out see if you can spot the winners of this contest in your game.

Keep an eye out on BrickArchitect. I will be releasing a how to guide for Stud.io to help everyone be able to create the next cool thing that springs from your imagination.

Even though the contest is over, the fun is just beginning. Get some friends together and you can build a tower of your own for the next LEGO convention. Also be sure to check out the latest contests on LEGO IDEAS; they have some great prizes for winners.