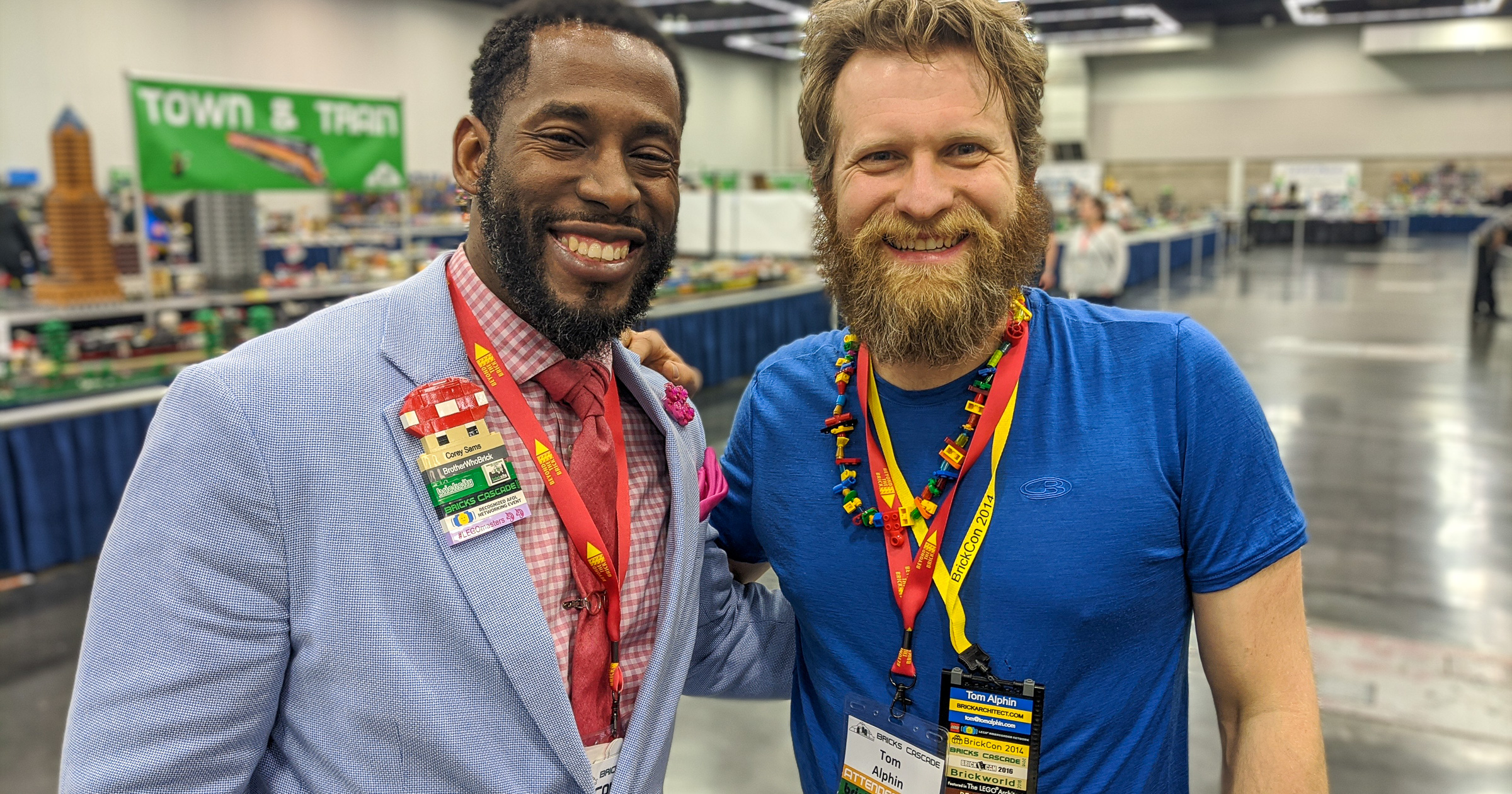 Want to find out what it was really like participating in the new LEGO Masters TV Show? Many of the participants are active on social media, so it’s easy to learn more!

April 8, 2020: Updated to include a few more videos… Be sure to also check out our brand-new exclusive interview with most of the LEGO Masters Contestants: Geeking out with the LEGO Masters.

This weekend, ten contestants from the 2020 LEGO Masters show on FOX (United States) attended Bricks Cascade in Portland, Oregon. It was interesting to learn that many of the participants have active social media presences, and several of them are sharing recaps of each episode after they aired on their blogs or YouTube. This short article highlights those participants who have a strong social media presence.

After the list of teams, you will find content the contestants have created for each episode. This includes reflections on their models and the challenges, brick-built homages to each episode, and more…

In the new reality TV show on FOX (USA), ten teams of two are competing for a $100,000 prize and the title of LEGO Masters. Let’s see who they are…

Here are direct links to the YouTube Videos, LEGO Models, and Blog Posts which the contestants created as they reflect on each episode.

This section includes spoilers, so please proceed with caution if you haven’t watched all the episodes yet.

Thanks to all of the contestants who made it to Bricks Cascade: Boone, Mark, Mel, Krystle, Amie, Corey, Samuel, Jessica, Flynn & Richard!

Teams listed in order they appear at fox.com. Full Names from IMDB. I’d love to add social media links for additional contestants—just email me at tom@tomalphin.com!