Tom Alphin
Tom is the Editor-in-Chief at Brick Architect. He founded the website in 2015 just before releasing his bestselling book The LEGO Architect, which teaches 7 styles of architecture using LEGO bricks. In addition to reviewing new LEGO Architecture sets, he likes to write articles exploring technical aspects of the LEGO hobby including LEGO storage, and the LEGO color palette. 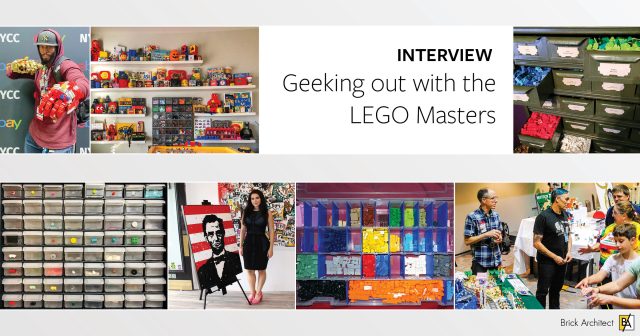 ɪɴᴛᴇʀᴠɪᴇᴡ: Geeking out with the LEGO Masters

Brick Architect asks the LEGO Masters contestants about some of our favorite topics: LEGO storage, favorite parts and colors, how scale impacts their creations, and their dream project.

LEGO Brick Labels is one of the most popular resources provided here at Brick Architect, but I hadn’t updated the page where you can download and learn more in 4 years!

Cool Yellow (Bright Light Yellow) is having a moment

The new Fiat 500 gives us 40 new parts in a previously rare color.

While I keep meaning to update my 2018 article Hard-to-Find LEGO Colors (and what to do about it), it clearly indicated that 226Cool YellowBright Light Yellow was a “rare” color since it was only available in 8 of the 24 parts used in my analysis. (While I didn’t update the article in 2019, you would have found that it was up to 14/24 parts, nearly entering the “uncommon” category.)

Suffice to say, the newly released Creator Expert #10271 Fiat 500 set has put the previously rare color on the map, since it is used as the color for the car’s brick-built exterior.

Should you decide to add this ‘cool’ car to your collection, please consider purchasing the #10271 Fiat 500 using our LEGO.com affiliate link—Thanks! 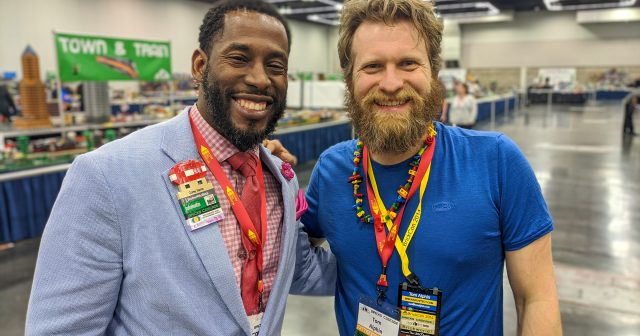 Want to find out what it was really like participating in the new LEGO Masters TV Show? Many of the participants are active on social media, so it’s easy to learn more!

Richard at The Rambling Brick just posted an interview about my LEGO Brick Labels collection.

In the interview, I explain how each label is made, the criteria for inclusion in the label collection, and challenges in designing great labels. You’ll also learn a bit about my favorite parts and colors, as well as my day job and some of my non-LEGO Hobbies. 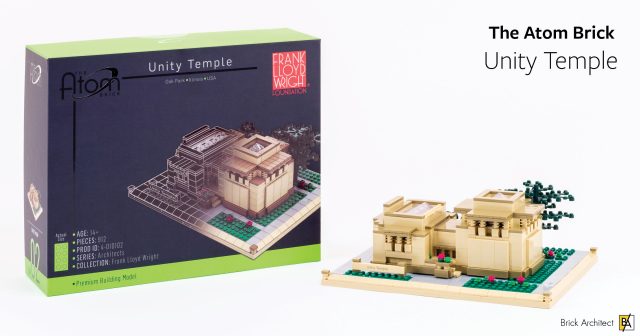 This is the first of three new architecture sets by The Atom Brick (using ¾ sized LEGO-like bricks.) Let’s find out if the model compares favorably to recent sets in the LEGO Architecture series.

I’ve added two new models to the guide (‘Raadhuis Hilversum’ & ‘NH Hotel Rotterdam’), and a link to PDF instructions for ‘The Istana’.

P.S. Let us know if you discover any unofficial LEGO Architecture sets that we should add to the guide!

A little bit of lighting makes LEGO models look amazing after dark. Long the domain of small business, The LEGO Group is exploring offering products of their own.

This week, The LEGO Group announced a partnership with Light My Bricks to produce and sell LEGO-branded Lighting Kits for official LEGO sets. This kind of partnership is new; LEGO will be investing money and resources in companies through their new Lead User Lab program. 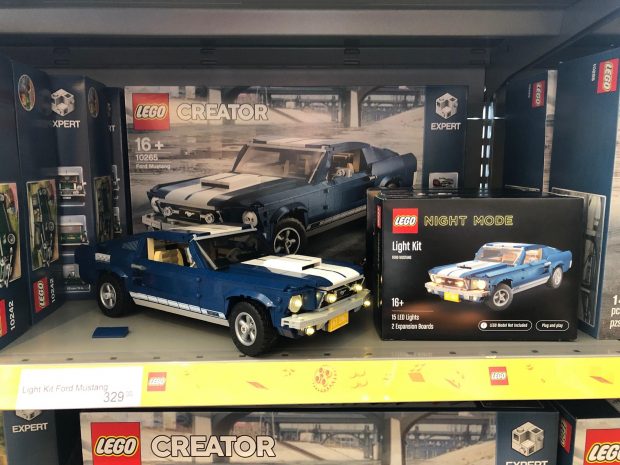 The story gets a bit more complicated… In this detailed article, Brickstuff (a pioneer in this category, founded in 2011) has alleged that their designs were stolen in 2016 by Light My Bricks.

The LEGO Group has some time to figure this out, since the Lighting Kits aren’t actually available for purchase at this time. This is a bit confusing, since realistic-looking boxes of LEGO-branded lighting kits were displayed at a LEGO store in Copenhagen, coinciding with this year’s LEGO World covention.

Further reading on this controversial news:

In the meantime, we’re hoping to share reviews of a few more 3rd-party LEGO lighting kits soon, so stay tuned! 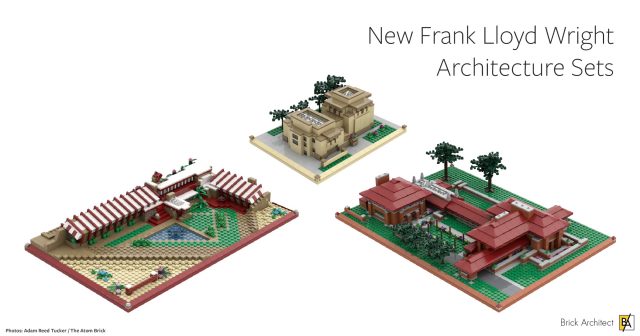 Another new set of interest to Adult LEGO builders is this massive model of Old Trafford, the stadium where Manchester United plays. While I have no familiarity with the building and no connection to the team, I immediately noticed the intricate architectural detailing throughout the model. 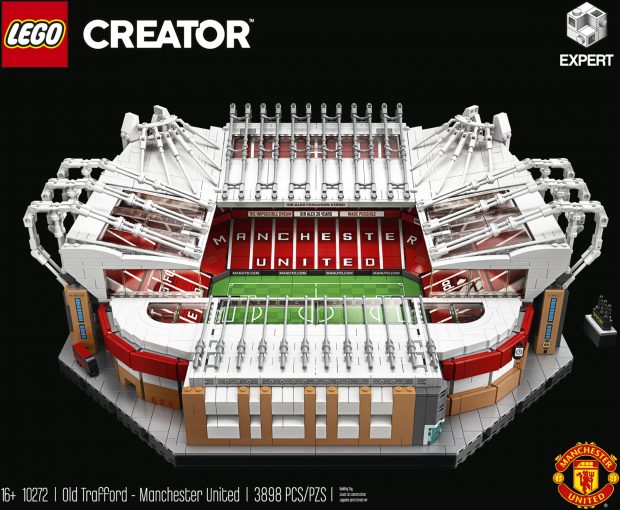 I doubt that I will get an opportunity to build this massive set, but it is really interesting to see something this unique added to the Creator Expert product line.

LEGO Masters is coming to the USA on Wednesday February 5th. What can we expect of the new show, based on previous seasons in the UK an Australia?

March 2, 2020: Many of the contestants are sharing recaps of each episode on social media. Learn more in our new article Meet the LEGO Masters… on Youtube, Instagram, and more.

Readers in the United States have probably seen ads for LEGO Masters, a new show on FOX which premieres Wednesday, February 5th. You might not have realized that (just like the Great British Bake-off), LEGO Masters (UK) came first; with a four-episode first season in 2017, and a six-episode second season in 2018 on Channel 4 TV. The show was lighthearted and fun, especially given that some of the two-person teams included children. I enjoyed the program, but don’t plan to go back and watch it again.

Following the UK show, Channel 9 Australia launched LEGO Masters Australia in April, 2019. It was a much longer 9-episode season featuring more complex challenges and a more competitive approach. (They did not include young children in the competition.)

LEGO Masters Australia is vastly superior to the UK series due to heightened competition, better challenges and more engaging judges and hosts. Speaking of the judging—Ryan McNaught (Australia’s only LEGO Certified Professional) was fantastic in the series. He highlighted advanced building techniques featured in the models which casual viewers wouldn’t have noticed, and even used the right terminology such as SNOT (Studs Not On Top). Episode 5 was my favorite—they were asked to build the strongest bridge, which was destroyed later in the episode!

Based on what I’ve learned from the promotional videos and articles about the show, I’m hopeful LEGO Masters USA will build on formula perfected by the Australian show. I’m happy with their decision to only include adult builders in the competition, excited by the large number of participating teams, and impressed by the beautifully designed set and more dramatic editing.

Lastly, I’m excited to see so many talented LEGO Artists have come together to make the show a reality, including judging by two talented LEGO Designers (Amy Corbett & Jamie Berard), LEGO Art models by Artist Nathan Sawaya, and hosting by the voice of LEGO Batman himself; Will Arnett.

What’s next for LEGO Masters? I guess we’ll have to wait and see how well this season goes! (P.S. German readers, they’re now casting in your country, too!) 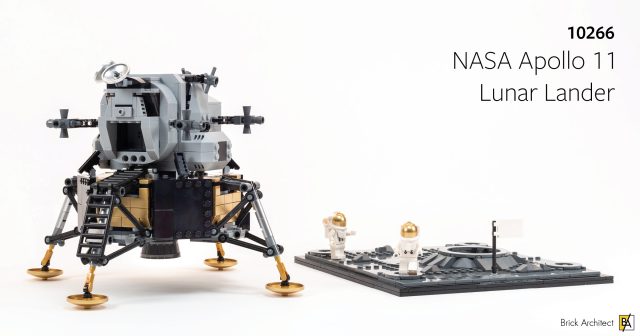 Land on the moon in style in a shiny new Lunar Lander. You can probably already tell that it’s going to be a great display piece, but let’s find out if it’s also fun to build!