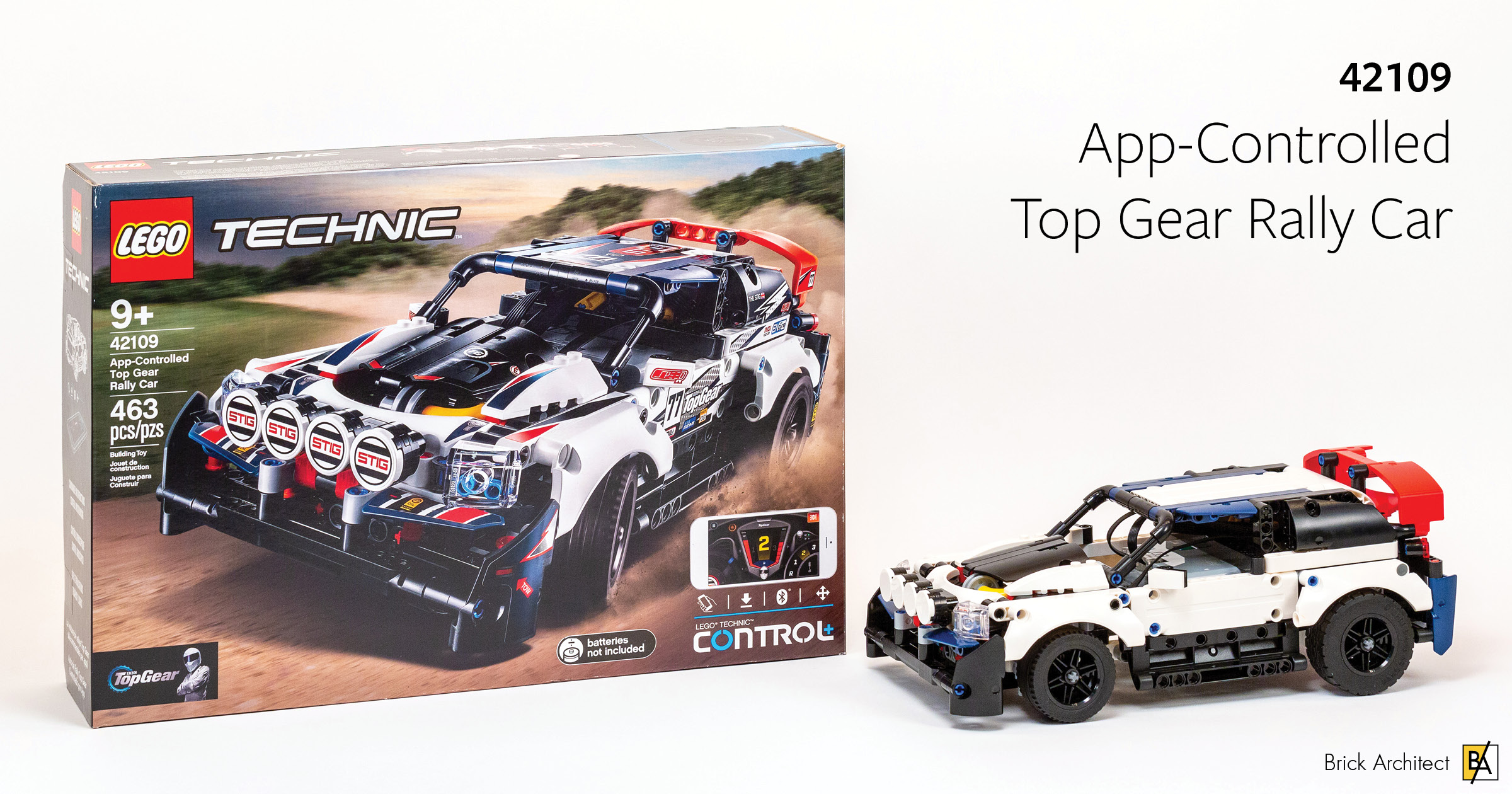 Let’s take the least expensive set featuring the new Technic Control+ system for a test drive. We’ll find out if it gains traction, or skids out of your consideration…

Earlier this year, I requested review copies of several sets containing new LEGO Elements for 2020. #42109 App-controlled Top Gear Rally Car was near the top of my list, because it includes two brand new technic elements (which combine to create an improved gear differential), as well as several parts from 2019 that I didn’t have yet (such as the new Powered Up components). 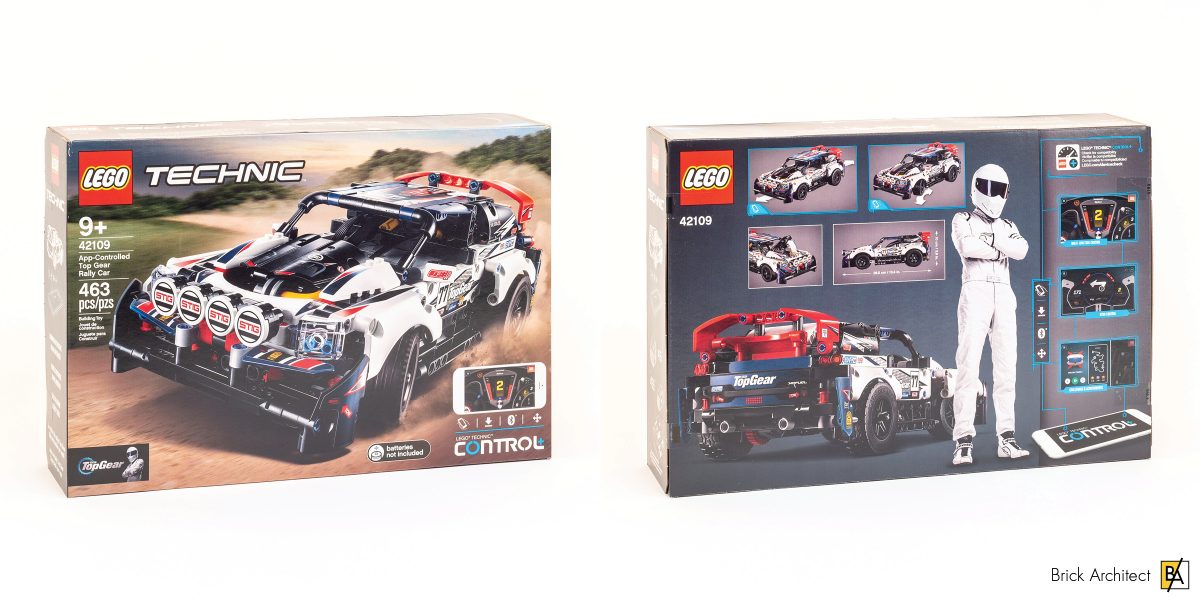 I should be very clear before we get started. While I’m familiar enough with the Top Gear show to know about the mystery surrounding the Stig, I have only watched a few episodes. I’m also not a LEGO Technic expert, so we will be reviewing this set with relatively novice eyes and a focus on the new parts included in the set.

The box contains the usual goodies, an instruction manual, an extremely generous sheet of stickers (I hate stickers, but we digress), and four bags of parts, with no visible bag codes and no stage numbers. There’s one small bag containing mostly pins, a medium bag containing four tires and a few large pieces, and two large bags containing a variety of pieces.

There’s something else in the box that I did not expect—another box within the box! It is numbered 6318336, which contains all three of the electrical components:

Contents of the smaller box: Powered Up Hub and two motors.

It’s worth mentioning that the manual and sticker sheets were badly bent, and I wonder if this was caused by the decision to include a rigid box within the box.

In the first third of the build process, we build a hefty assembly containing the larger of the two motors, which connects to the differential using the new differential housing and gear components. While I am not an expert on LEGO Technic components, I definitely noticed that this differential is completely different than the older ones, using 12-tooth bevel gars which slide into slots instead of carefully attached to pegs inside the differential.

You can learn more about these changes in this video by RacingBrick.

After assembling the differential to the larger of the two motors, we attach the battery box, which is pretty heavy after installing 6x AA Batteries. (it indicates 1.5v per battery, but NIMH rechargeable batteries which have a voltage closer to 1.2v per battery also work.) 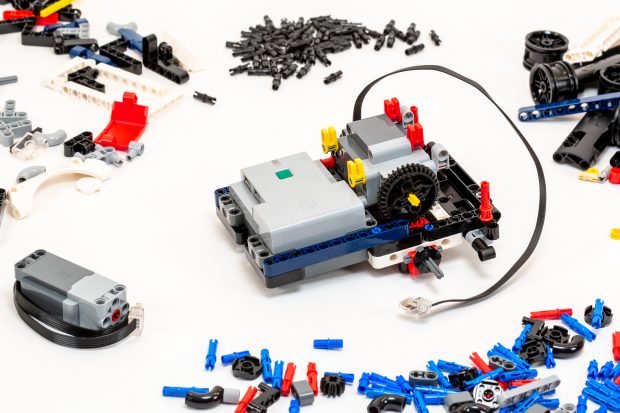 Progress by the end of step 33.

This new Powered Up battery box includes a Bluetooth chipset despite having a similar size to the older battery boxes which required a separate hub. This is a nice reduction in space, and probably results in a significant cost savings for LEGO. Despite sounding high-tech, a simple Bluetooth chipset and microcontroller probably adds less than a dollar to the overall BOM (Bill of Materials, or manufacturing cost.)

In this portion of the build, we finish assembling the central core of the vehicle, including the second smaller motor which powers a rack and pinion steering system for the front two wheels. We also get to do some cable management, utilizing the relatively new Axle and Wire connector (part 49283), which are designed to work with the flat cables used by the Powered Up system. 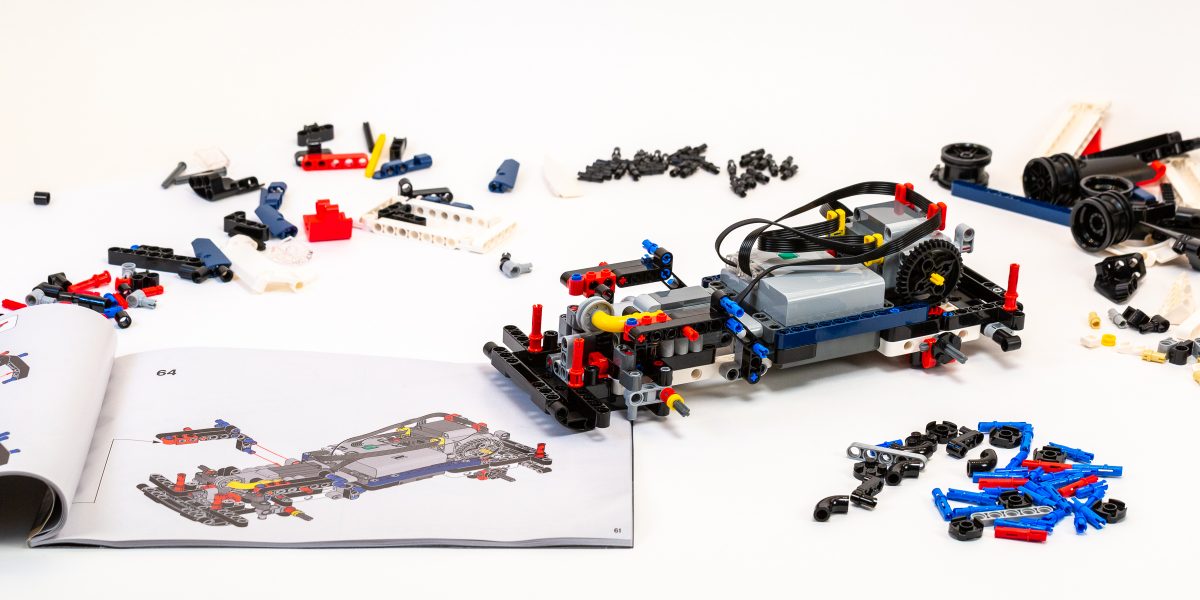 Progress by the end of Step 64.

As we wrap this section up, it’s time to get ready for the body work!

As is often the case with Technic sets, we wrap up the build process by building the exterior. (While I didn’t try it, I’m pretty sure you could actually drive the vehicle at the end of step 64, after adding the four wheels.)

This last section would be a lot more time consuming if you actually applied all of the stickers, but I hate stickers, so I did not apply them to “NASCAR up” the finished model. (I know that I’m mixing my metaphors, don’t mind me…) In any event, that’s why my photos will look a bit less exciting than the pictures on the box. 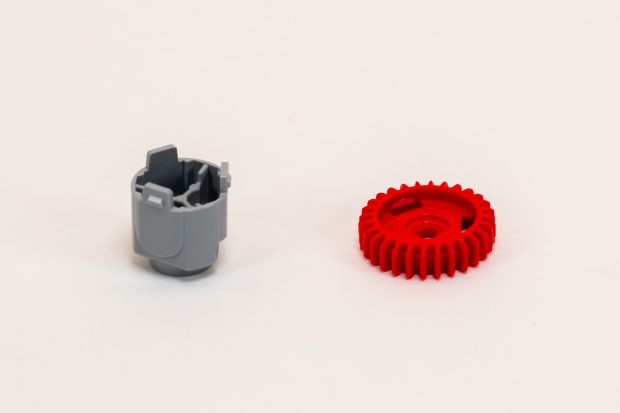 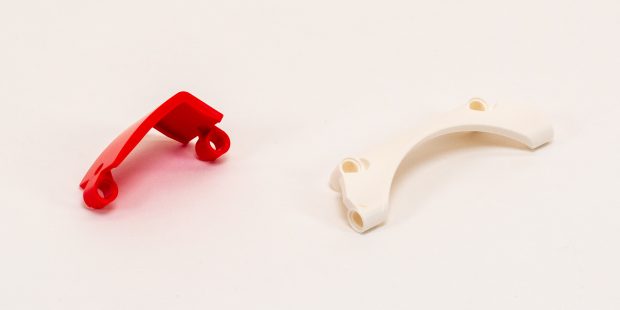 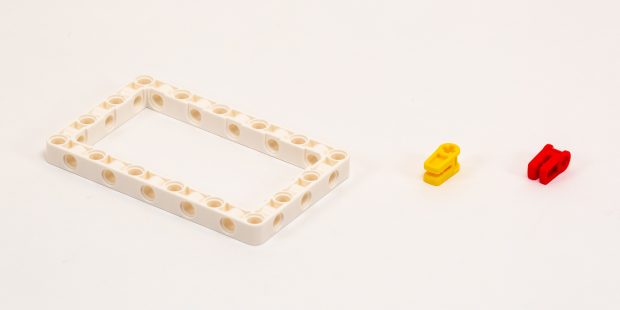 I think that I had realistic expectations going into this build. With just 463 pieces, I wasn’t expecting a huge vehicle with a ton of play features, but I was expecting an easy-to-build model that introduces me to Technic’s new Powered Up system, and is fun to drive around the living room (tormeting my 1½ year old son). It was easy to build, and paired seamlessly with my Android Phone using the “Control+” app. (That’s right, the Powered Up hub included in this set does not work with the LEGO “Powered Up” app—that app is for LEGO System sets like the new #10273 Haunted House.)

Once paired with the Control+ app, you can steer the car using two modes: a default mode where you steer and control speed using two thumbs, and a second mode where you steer by changing the angle of the phone, but control speed using one thumb. I much prefer steering by rotating the phone, and was disappointed that you can not control speed by rotating the phone on the other axis. I also have to admit that I was disappointed by the top speed of the car. It’s plenty fast when negotiating furniture in a smaller room, but I wanted to to go at least twice as fast when driving it down a long hallway. 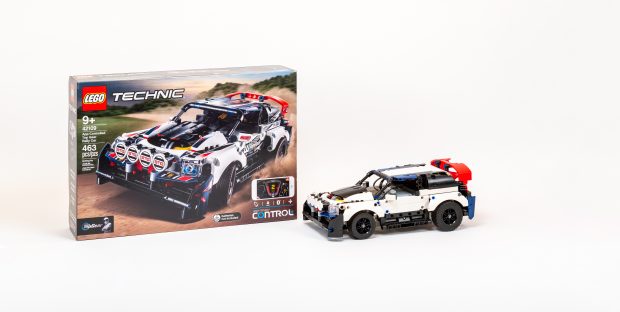 I also need to discuss the set’s $130 price, which seems really high for a set containing just 463 pieces. (That’s nearly $0.30 per piece; triple the typical $0.10 per piece.) We do have to acknowledge that the set contains three more costly electronics components, so let’s see how much these parts cost separately and see if the high price is justified… The Bluetooth Hub is about $20 new on BrickLink, and both of the motors sell for $10. Even after we subtract the 40$ price for these components, we’re left with a 460-piece set for $90, which is still about $0.20 per part.

Between the astronomical price, relatively boring model, and somewhat disappointing remote-control functions, it is hard to recommend #42109 App-controlled Top Gear Rally Car unless you are a huge fan of the Top Gear series, or find it on sale for well under $100. That’s why it’s one of the relatively few sets to earn our Acceptable (2/5 star) rating.

Should you decide to buy this lacklustre set (or a more exciting one), please consider buying #42109 App-controlled Top Gear Rally Car using our referral links to Amazon.
The LEGO Group provided this set for the purposes of this review. The opinions in this article are strictly my own—providing sets for review does not guarantee a positive review. Photos in this article are by Tom Alphin unless otherwise noted. Visit the About page for more info about our journalistic standards and affiliate programs.