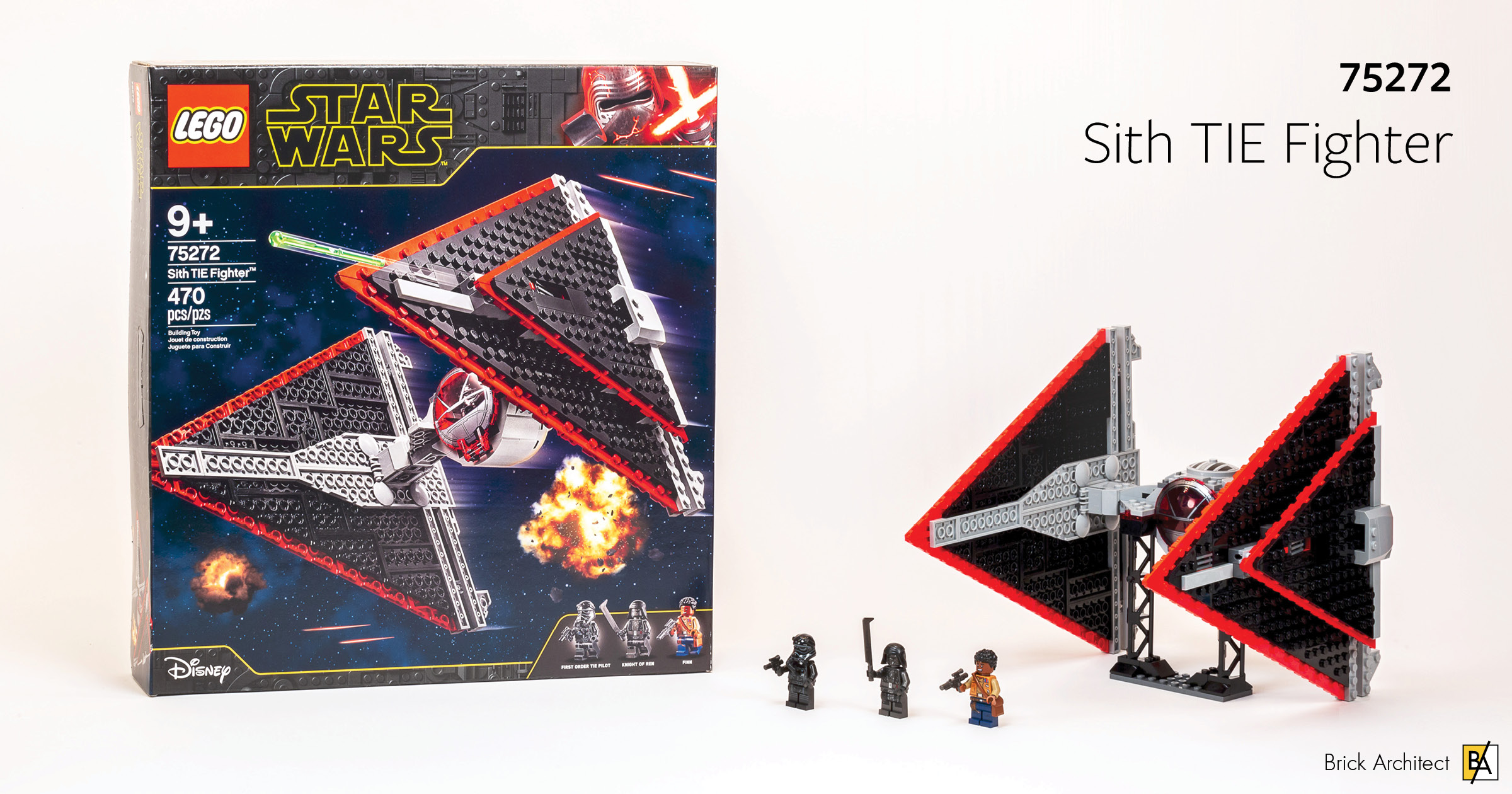 This medium-sized Star Wars set contains a shipload of the new 4×2 pointed wedge plates. Let’s see if it is a good set (or a good parts pack).

This is one of several 2020 sets that I sought out because it includes an exciting new LEGO Element. While there are already at least 30 different wedge plates, until now, none of them come to a point with an angle below 45°. While I’m jonesing to check out the new element as part of a larger article looking at new parts for 2020, let’s slow down and build this set. 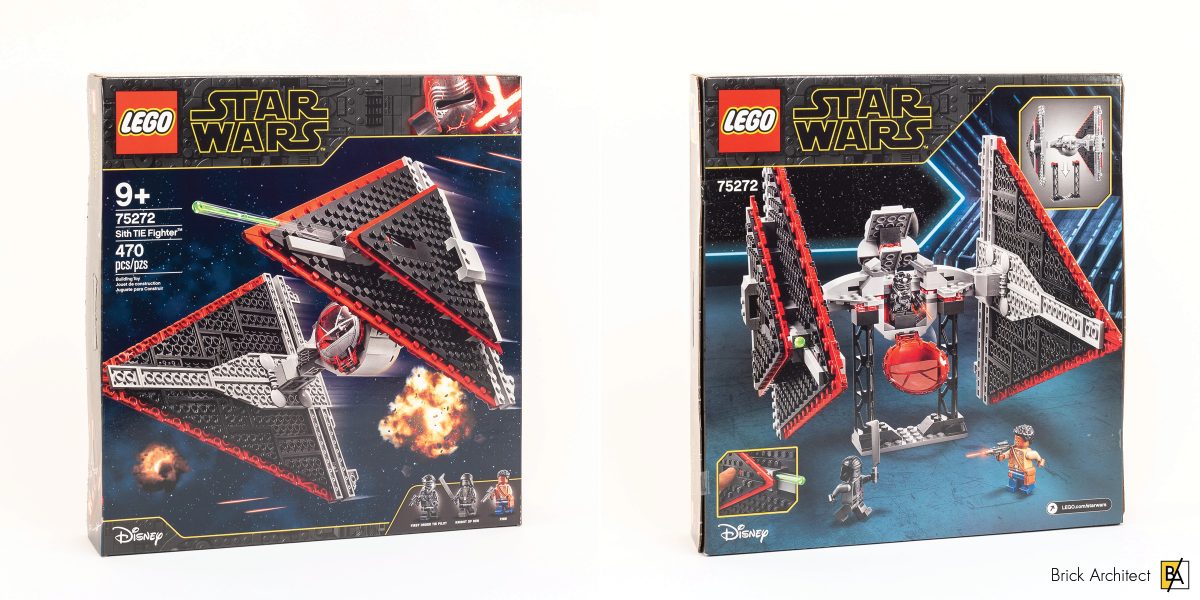 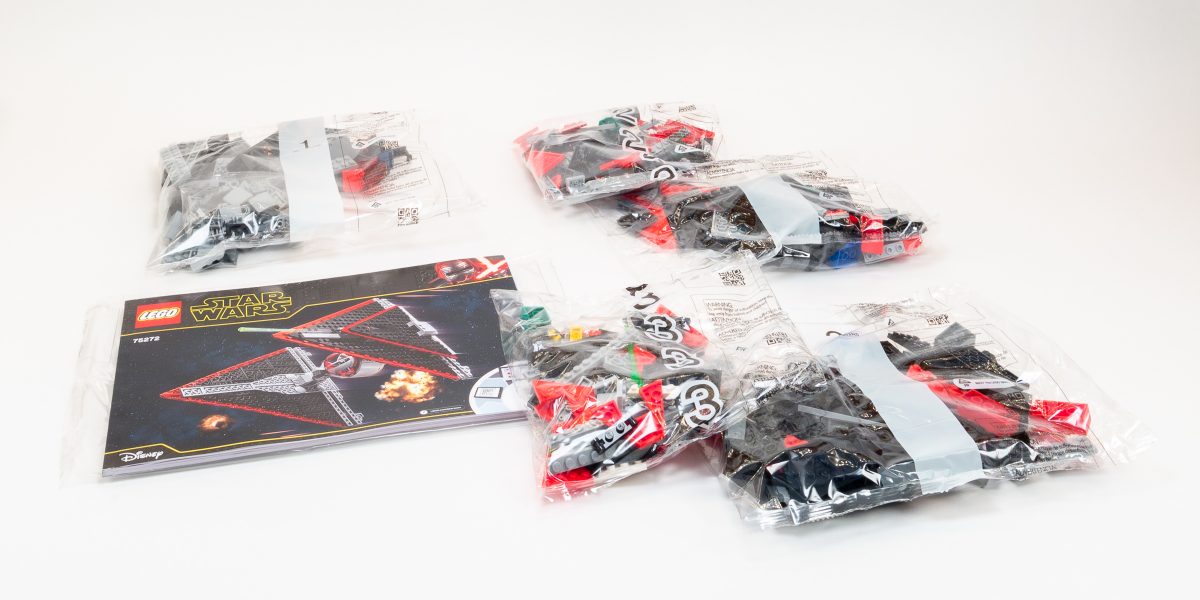 In the first bag, we assemble all three minifigures, a stand for our TIE Fighter, and the central portion of the ship where the pilot sits. The stand is pretty basic, so there’s not much to say about that.
I was impressed with some of the smaller details on this TIE fighter, especially the rounded shape achieved on the bottom and rear of the model. I also appreciated the alternating 194Medium Stone GreyLight Bluish Gray and 199Dark Stone GreyDark Bluish Gray plates, which adds an increased level of detail to the model. A selection of 41Transparent RedTrans-Red pieces make the vehicle look extra “Sith-y”.

In bag 2, you build the left wing, and in bag 3, you build the right wing. Understandably, the build process is nearly identical, so we’ll talk about them both at the same time. I was pleased to see a high level of interlocking to the layers of plate, which should result in a very strong (and very swooshable) final model. 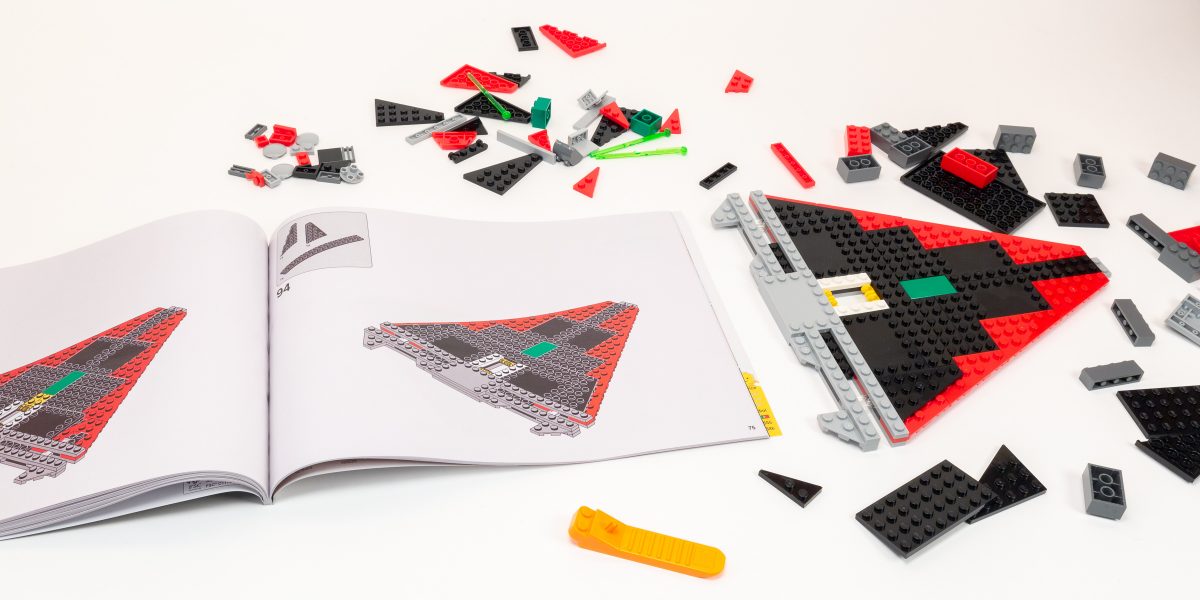 About halfway through assembling one of the two wings.

The most striking detail in the completed model is the inclusion of two slender red stripes on the exterior. These are artfully re-created using a variety of 26.6° angle wedge plates in alternating 26Black and 21Bright RedRed colors. (Including the new 2×4 pointed wedges discussed later in this article.)

The two wings snap into place easily, but are sturdy once attached.

Before we get too excited about new parts, I do want to comment on the “price-per-part” issue for this set. We have become accustomed to a price of $0.10 per piece which has held remarkably steady for about 20 years. That said, most current sets rely on a ton of tiny 1×1 plates, tiles, and cheese slopes to add a ton of detail and keep the price-per-part from going up. This set does not include very many small pieces, which is why it would make sense if it cost $50 or maybe even $60 since it’s a licensed set.

As for the new parts, there are two new moulds in both 26Black and 21Bright RedRed for a total of four new elements.

New moulds and new printed parts in this set.

We also get one new printed piece, 6×6 Dish w/ Handle (part 18675) in 41Transparent RedTrans-Red. It serves an important role as the translucent red cockpit for our TIE Pilot. 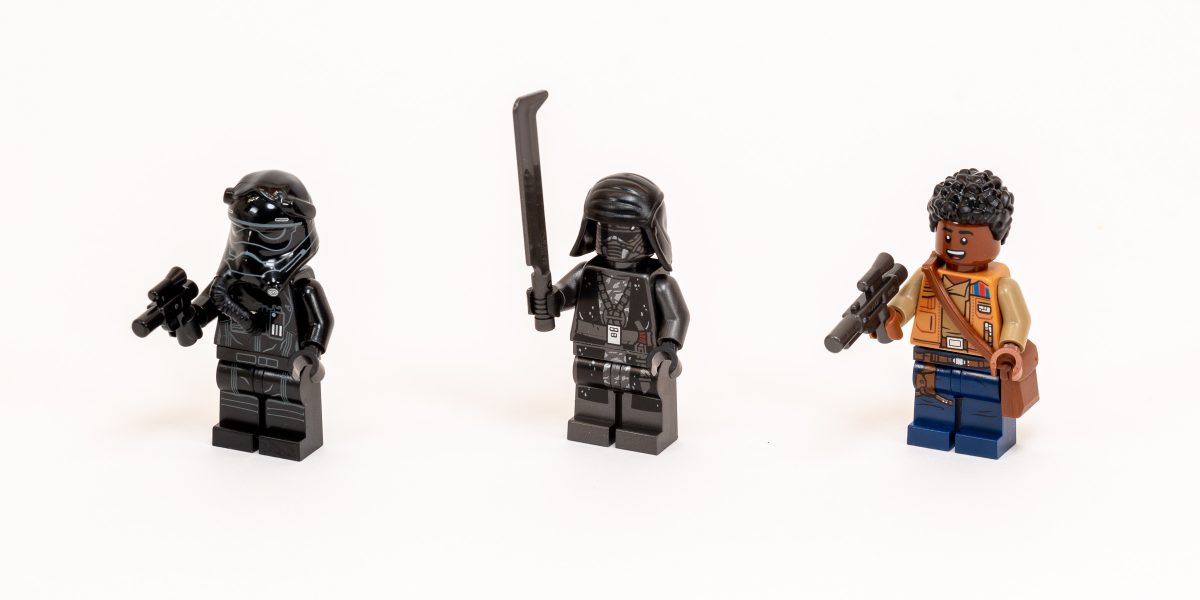 This leaves just one minifigure that is unique to this set, one of the seven “Knights of Ren” (which includes Kylo Ren himself.) This figure is Knight of Ren (Trudgen), featuring printed head, torso, and legs in 316Titanium MetallicPearl Dark Gray. (Only five of the seven Knights of Ren have been released as LEGO Minifigures so far.)

As of now, the Trudgen minifigure is worth about $20 on BrickLink.

This is a very sharp looking addition to the LEGO Star Wars universe, which would have been easy to recommend at a more reasonable $49.99 price point. 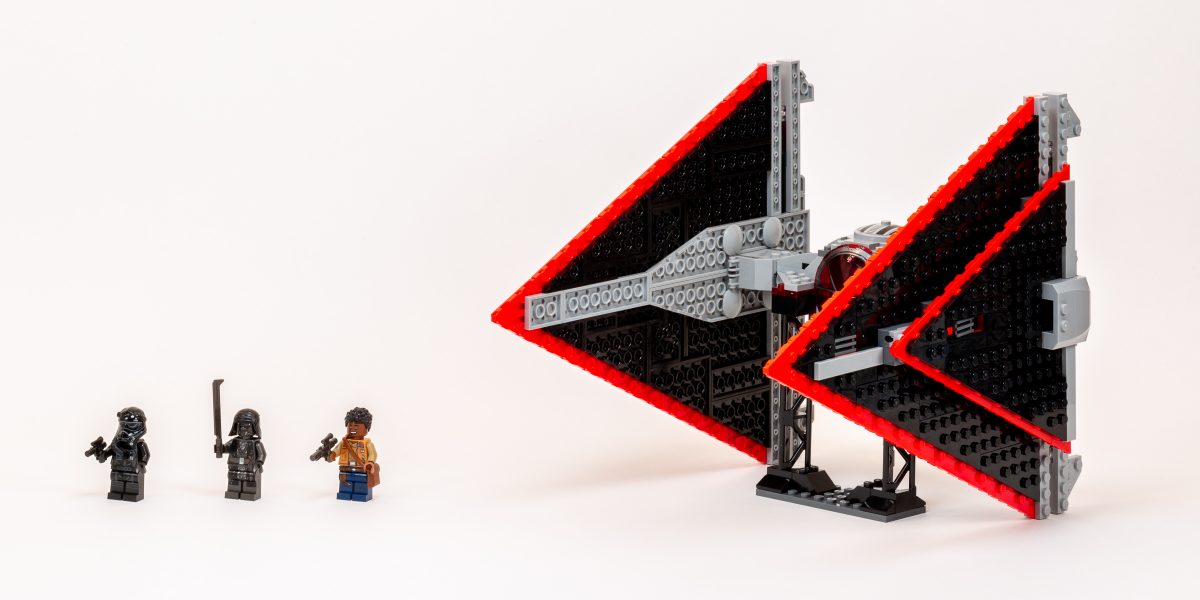 Because you shouldn’t need to sell the one unique minifigure in a set to bring it down to a reasonable price, I have to push this set down to a Good (3/5 star) rating.

It is rare for me to penalize a set based on the price, but I can’t give a 4/5 star rating to a set that’s at least 20$ overpriced. (If you can find it for under 50$, it really is a top notch, well detailed, and highly swooshable set that is otherwise worthy of our higher 4/5 star rating.)

If you need a few 4×2 pointed Wedge Plates, or want to add some Sith to your life, #75272 Sith TIE Fighter might be just what you need.
The LEGO Group provided this set for the purposes of this review. The opinions in this article are strictly my own—providing sets for review does not guarantee a positive review. Photos in this article are by Tom Alphin unless otherwise noted. Visit the About page for more info about our journalistic standards and affiliate programs.