While there are only two new LEGO sets coming out at the beginning of November, we also have some big news: two big steps towards a more inclusive LEGO world, and the end of LEGO Mindstorms…

My October kicked-off with BrickCon 2022, the local LEGO convention here in Seattle, WA. The rest of the month breezed by, but not without some new content that I’m excited to share. There has also been some substantial news in the world of LEGO, including multiple significant moves towards greater inclusivity, and the retiring of one of the most influential LEGO product lines of all time.

In the broader LEGO world, the biggest cluster of news this month relates to the November release of the #21337 LEGO Ideas Table Football set. The two big points of discussion being the small size (with just 5 players per side) and the choice to include a huge range of skintone minifigure heads instead of using the iconic (but less inclusive) yellow heads. Slipping a little below the radar is that skintone was not the only type of inclusivity packed into the set; it also included two heads with hearing aids and one with a skin pigmentation condition called vitiligo. It is always good to see more ways to represent yourself using LEGO! 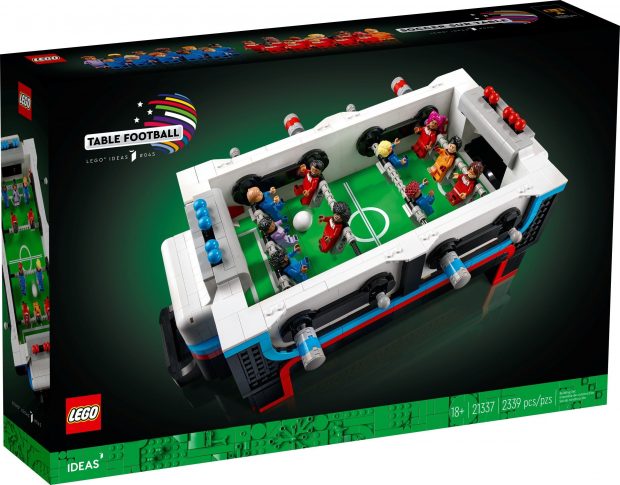 #21337 Table Football (Foosball) is pricy, but a big step forward for diversity and inclusion.

Despite negative initial impressions due to the small size, the initial reviews including this review by Jay (Jay’s Brick Blog) indicate that it’s not a replacement for a full-sized table, but the tiny foosball table is playable and fun. As for the $250 price, it is a bit hard to justify unless you need an army of minifig parts with a diverse selection of skintones. The best sumamry of the diverse minifigure heads available in this set is a different article at Brickset.

On a related note, we finally have news of the long-rumoured reboot of LEGO Friends. As the parent of a 4-year old son, I am thrilled to see less overtly gendered packaging, and a shift to include three boys among the core characters in the theme. They have related the new series back to the original cast in the way that I had anticipated — the five original girls have grown up and will appear in the new series as parents of the eight new kids or other adults in the community.

The 2023 reboot of LEGO friends includes a more diverse cast of characters.

The best coverage of this development is this excellent Brickset article by Megan Lum. Gender is hardly the only form of inclusivity here… One of the characters has a limb difference (a missing left hand), and the bio for several of the characters suggest multiple forms of neurodiversity.

Mindstorms — the end of an era

In what appears to be a major surprise for the AFOL community, The LEGO Group is retiring #51515 LEGO Mindstorms Robot Inventor, the only current product with the Mindstorms branding. While it hasn’t been formally announced yet, it seems likely that #17101 Boost Creative Toolbox could be next on the chopping block, eliminating all of the consumer-facing products that focus on programming skills.

#51515 LEGO MINDSTORMS Robot Inventor is on the chopping block.

Sure, you can do some basic programming with the Powered Up app and the 2-port Small Hub (System) and 4-port Technic Large Hubs, but this is much more limited (and still doesn’t support autonomous mode) than the Mindstorms programming environment. I’m sure that I’m not alone in being disappointed that The LEGO Group did not get the formula right with the product design and/or marketing for #51515 LEGO Mindstorms Robot Inventor, resulting in this major blow to the many AFOLs who joined the hobby thanks to these programmable bricks.

Learn more in the Brick Architect Guide to Powered Up hubs and accessories. 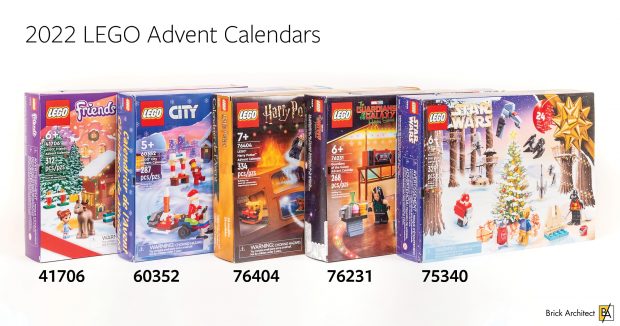 Choose from the five 2022 LEGO Advent Calendars in our spoiler-minimizing review!

It is hard to beat a LEGO model that combines the architectural detailing that I love to see with an artistic, ethereal composition that captures your curiosity. LEGO artist Ralf Langer has creating something truly awe-inspiring here… 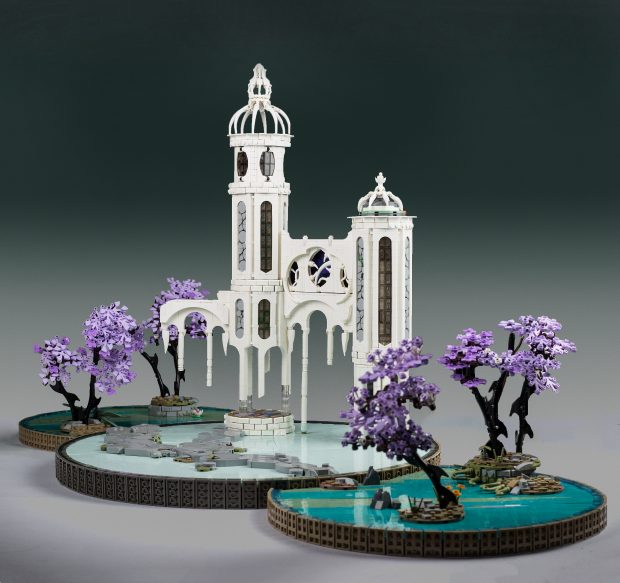 A surprise for me was learning that this amazing image is not a digital creation; Ralf is clearly the master of LEGO photography with this crisp, clean image and a perfectly edited backdrop. You can learn more about the model in this discussion at 1000steine (German).

With Christmas / Winter Holidays just around the corner, there are just two sets which are being released in November — and both have made waves in the fan community. 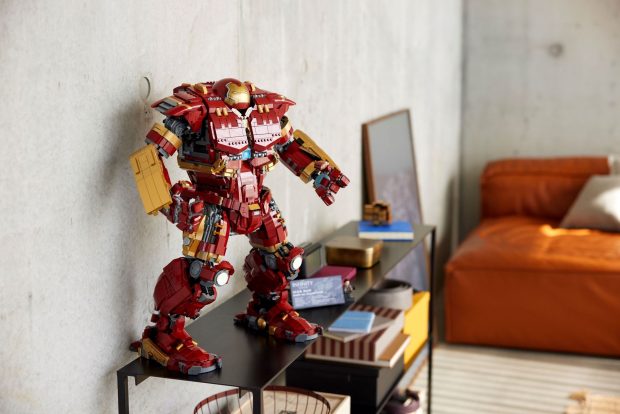 A relatively poor model for a terrible price; there’s a lot to hate about #76210 Hulkbuster.

“How a mediocre rendition of the Hulkbuster has become the largest and most expensive Super Heroes set ever released, I’ll never know.”

Despite a one-week delay due to Major League Baseball scheduling issues, Season 3 of LEGO Masters USA is well on it’s way. So are the articles which offer more insight into what it’s like to be on the show!

“almost like watching a memory bank … We were laughing all the time – it was so much fun doing it.”

I hope to share our own interviews with the LEGO Masters contestants soon, which will naturally focus on: LEGO Storage, building LEGO at home, and the unique experience of being on a prime-time TV show.

Here are a selection of podcasts that I hope you will enjoy.

Thanks for reading our October LEGO News Roundup. Don’t want to miss anything? Subscribe to the Brick Architect mailinglist to receive the latest LEGO news in your email!