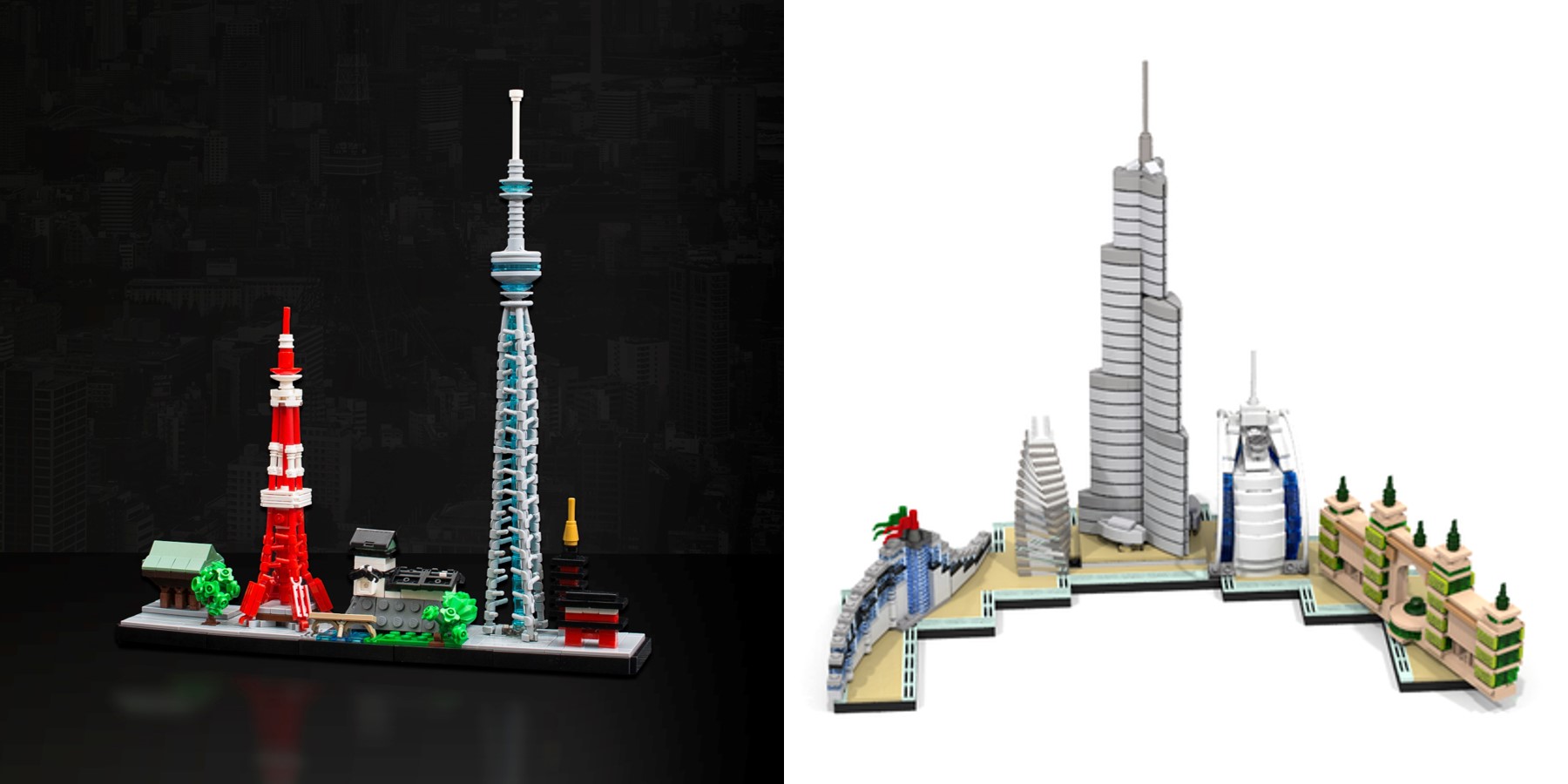 You might be inspired to build a model of your favorite city after seeing this collection of the best fan-made LEGO ‘Skyline’ models.

The LEGO Skylines series combines four to five landmarks from a single city into one model. There are now six official sets, after three new sets were released in January 2017 (Chicago, Sydney, and London).

That said, there are hundreds of cities around the world with exceptional architecture, and LEGO enthusiasts aren’t waiting for an official set of their favorite cities – they are already building their own versions! I wanted to highlight a few great examples that closely follow the style of the official sets, as well as a few interesting models that have tried something new.

All seven of these models were selected from my Pinterest board containing Fan-made LEGO Skylines. For more great LEGO Architecture creations, visit pinterest.com/tomalphin.

This intricate Skyline of Paris captures five key landmarks using a modest number of LEGO bricks. I am especially impressed by the accurate Eiffel Tower, and the front facade detailing for Notre Dame. Cecilie’s second model in this list is a beautiful model of Tokyo. Both of Cecilie’s models have an appropriate number of buildings, as compared to the official sets. She did take one liberty – the entire base of both of her models have a depth of 6-studs, rather than the 4-studs used on most of the official models. This allows more detailed landscaping, which is a nice touch.

I love that Fernanda’s model includes a microscale LEGO model of Torre Velasca, an early example of the transition from Modernism to Postmodernism. I also have fond memories of touring the interior and rooftop of the Duomo during my foreign exchange to Italy in High School. This computer-generated LEGO Skyline of Frankfurt contains a generous eight buildings, resulting in a model that is quite a bit wider than the official sets. The Commerzbank Tower is particularly well done. This is an excellent collection of many of Dubai’s most interesting new buildings. This includes the world’s tallest building, the Burj Khalifa, and one of the world’s finest hotels, the Burj Al Arab. While the circular arrangement deviates from the official Skyline sets, the shape is intentional – it evokes the curved shape of the palm-shaped peninsulas which have been built along the coast. I think the buildings in this model would work just as well in a linear arrangement.

It’s hard not to like this intricately detailed model featuring four landmarks in Seoul, South Korea. I was a little hesitant to include this model as it doesn’t follow the Skyline style very faithfully. The base has a different design and is far too deep, and the buildings are a bit too large and detailed. I went ahead and included it as it’s got really nice detailing and I think you will like it too. I’d love to see another version at a slightly smaller scale!

I wanted to close this collection with this excellent model of Budapest. By placing the Chain Bridge in front of the Fisherman’s Bastion, the model features the artistic layering of structures that was introduced with the new 2017 sets. I hope these models have inspired you to create a skyline of your favorite city. If you create a great LEGO skyline, or or want to share another great model that you found, leave a comment below!