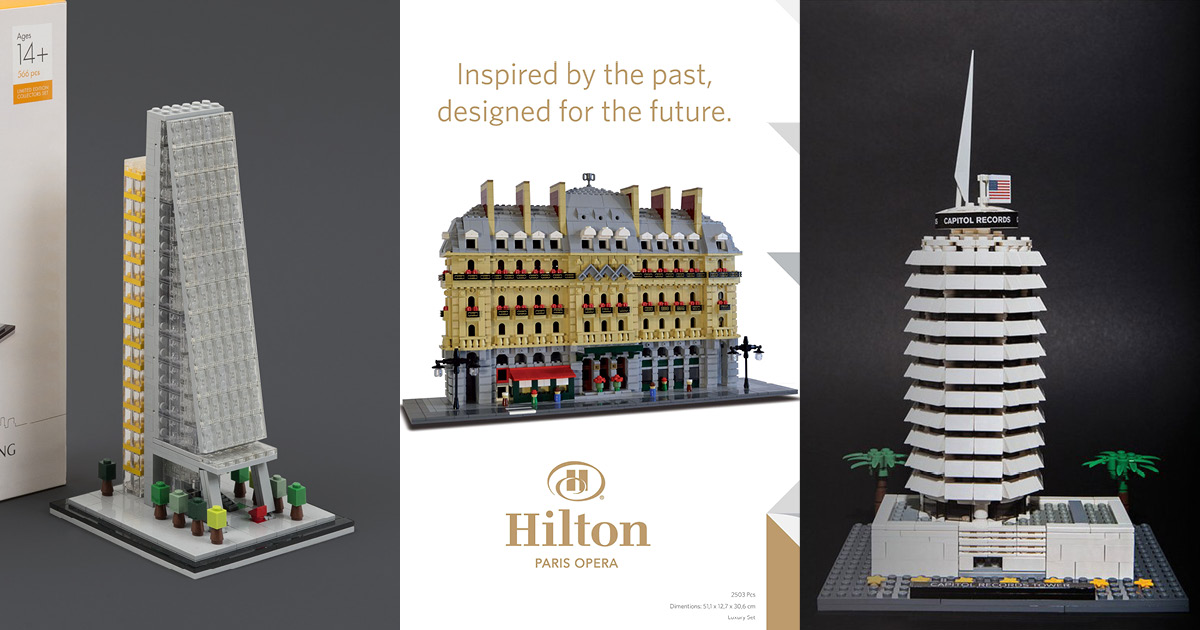 Browse this guide of amazing ‘Unofficial’ LEGO Architecture sets created by talented LEGO artists from around the world, and members of the LEGO Certified Professional program. These are extremely rare sets, so this might be your only way to see them.

The Brick Architect website was inspired by the amazing sets in the LEGO Architecture series, which was created in 2008 by Adam Reed Tucker. It is a great pleasure to see that The LEGO Group has continued to produce these premium LEGO sets aimed at adult LEGO builders for nearly 10 years. We have actually seen steady rise in both the quantity of sets released each year, and the quality of the kits—with an increased focus on finely detailed models and creative parts usage. A few of the amazing unofficial LEGO Architecture sets which have been made. (Leadenhall Building by Bright Bricks, Hilton Paris Opera by Amazings, Capitol Records by Adam Ward.)

Many of these custom sets were designed by members of the LEGO Certified Professional program, which allows them to purchase LEGO bricks in bulk and create up to 500 copies of each set they design. In addition to those sets, there are a number of kits made by talented LEGO Artists which were created without any support from LEGO.

Visit brickarchitect.com/unofficial_sets/ to see the entire list of ‘unofficial’ LEGO architecture sets. You might want to bookmark that page, as I’ll be adding new sets when I learn about them.