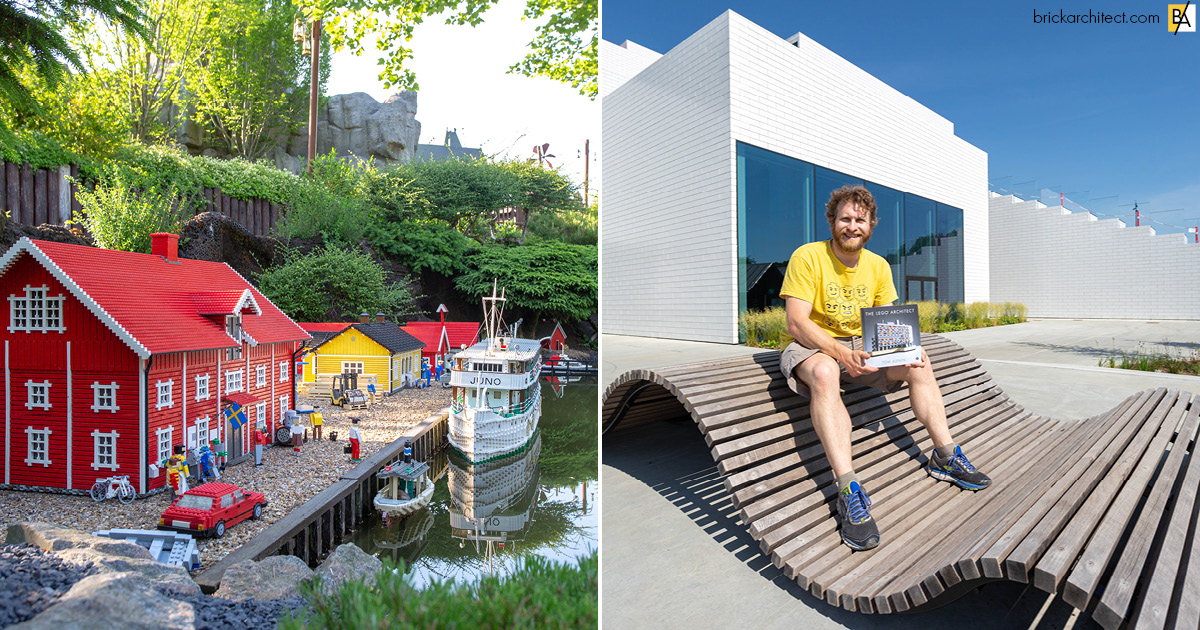 Billund — Is everything awesome in LEGO Land?

Can a few days in Billund live up to thirty years of dreams to finally visit the home of the LEGO Brick? Let’s find out how much fun is packed into this tiny town in rural Denmark.

I just spent four days in a magical town where the bakery is perfect, the streets are clean and freshly paved, and everyone you meet is wearing the classic Minifigure smile. The town of Billund is quite literally LEGO land. It is equally true that the town of Billund has been completely transformed by the LEGO company, while the LEGO products we know and love are inspired by the utopian single employer factory town

…everyone you meet is wearing the classic Minifigure smile

To be fair, it is only possible to have a town with a LEGO House instead of a town hall because Billund isn’t really a complete town anymore; in 2017 it joined with a nearby town to share municipal functions. This allowed them to tear down the old City Hall to make room in the center of the city for the LEGO House. This only reinforces the feeling that you really have stepped into LEGO Land – the only place on earth where the city center has been replaced with a stack of giant white LEGO bricks. While anyone can visit Billund to see the LEGO House and LEGOLAND Billund Resort, my golden ticket was an invitation to participate in the 2018 Fan Media Days on behalf of Brick Architect website (We recently joined the LEGO Ambassador Network as Registered Fan Media.) We had access to much more than the general public can see without purchasing one of the very limited tickets to the annual LEGO Inside Tour program. During the three day media event, I had the opportunity to meet the team supporting the Ambassador Program, conduct exclusive interviews with LEGO designers, witness the grand unveiling of an impressive new Bugatti Chiron technic set, and enjoy dinners at the LEGOLAND Hotel and employee cantina.

Most of the Fan Media event took place in the LEGO Idea House, a cluster of buildings from different ages which have been combined into one facility housing conference rooms, a more intimate museum than you find at the LEGO House, and the vault. It was a great pleasure to have access to this space which reflects the LEGO brand values at every corner, be it the healthy snacks and drinks, the brightly colored rooms, Minifigure-shaped decorations, and bowls of LEGO bricks everywhere you look.

Representatives of Brick Architect, Beyond the Brick, and Brothers Brick standing in front of the original LEGO Factory.

The highlight of the LEGO campus in Billund is the new LEGO House, an amazing building which was designed by BIG (Bjarke Ingels Group). The building houses an interactive museum designed to reflect the underlying brand values and the company’s history rather than focusing on specific LEGO products.

It is an aspirational building which is a fantastic ambassador of the LEGO brand. Most of the building contains interactive zones where you can use real LEGO bricks to solve puzzles, create stop-motion videos, and build your own creations. The building is also architecturally interesting, with a thoughtful juxtaposition of stark white architectural tiles for most of the building exterior, and an interior which highlights the four saturated colors that remind you most of the LEGO brand: red, yellow, blue, and green. The employee cantina would be a beautiful place to have lunch every day.

While the LEGOLAND Billund Resort is technically operated under contract by Merlin Entertainments, it is a natural extension of the LEGO experience in Billund. I did not spend much time in the park, but what I saw more-or-less met my expectations. The park is slightly bigger than I had expected – it felt close to the size of the core Disneyland theme park in Los Angeles. It is packed with LEGO details, including brick-built Minifigure statues. The park includes a number of modest roller coasters, and similar rides that you would see at any large amusement park. I did not get a chance to ride them, but my friends indicated that they are more fun than they look, with a few that are actually a bit scary. The Miniland area at LEGOLAND includes beautifully detailed scenes like this set in a natural landscape.

For me, the highlight was the Miniland area, which contains sections dedicated to the unique architecture of various European countries. Unfortunately, the Miniland areas are looking a bit rough, with peeling varnish and faded colors. I am sure the sun is hard on the LEGO models, but this was a little unexpected. I shouldn’t complain too much, as the miniland figures and buildings are well designed and quite detailed. They are predominately detailed using basic LEGO Bricks, but specialized parts are definitely employed to give more personality and detail (although some of the parts are out-of-production such as the older three-finger hinges.)

Is everything awesome in Billund?

While it seems like everything is awesome in LEGO Land, I also had a few glimpses into the challenges in living in Billund and working at LEGO. I was surprised to hear how many employees commute more than an hour every day to work at LEGO, either to live in a more dynamic town with cultural diversity, or just to ensure they can go out for a beer without worrying about running into all of their colleagues.

The more complex dynamic is the one caused by working for a family-owned company that is so wildly successful – the divide between the owners and employees is unbelievable. In a country with a 150% tax rate on new cars, it’s pretty hard to imagine the level of wealth needed to fill a whole hangar near the airport with exotic cars.

There is a wide gulf between things which are aspirational, and things which are out-of-reach. This divide was clearly articulated by the Press Release event we attended on Friday announcing the newest addition to the LEGO Technic line – A LEGO model of the Bugatti Chiron, a super-supercar that costs $2.9 million dollars. A previous partnership produced a LEGO Porsche 911 GT3 RS, a car which is out of reach to many, but many hard-working professionals can dream to work hard and buy a used Porsche one day. By contrast, Bugatti is very clear that their cars are without parallel, and the price is without parallel too. In this way, the LEGO Bugatti feels like the ultimate tease; you can build the car using LEGO, but you can never dream to own a $2.9 million car which was designed for CEO’s, Princes and Sheikhs to add to their exotic car collection.

While the Christiansen family that owns the LEGO Group is obscenely wealthy, they are also revered by the community. I heard numerous stories about AFOLs showing off their creations and talking with Kjeld at LEGO Conventions in the area. Likewise, it is nice to hear that the family tries to remain down-to-earth by standing in line just like everyone else to get drinks and snacks during holiday festivals in Billund.

I was amazed to discover that Billund really is LEGO Land – a delightful land of make-believe. Even though you will see reminders of the illusion from time to time, a pilgrimage to the LEGO headquarters in Billund is an amazing experience for all fans of the LEGO brick, young and old.

Billund is the perfect place to wear the classic yellow LEGO Minifigure smile. Have you been to Billund? I’d love to hear your experiences; Leave a comment below!