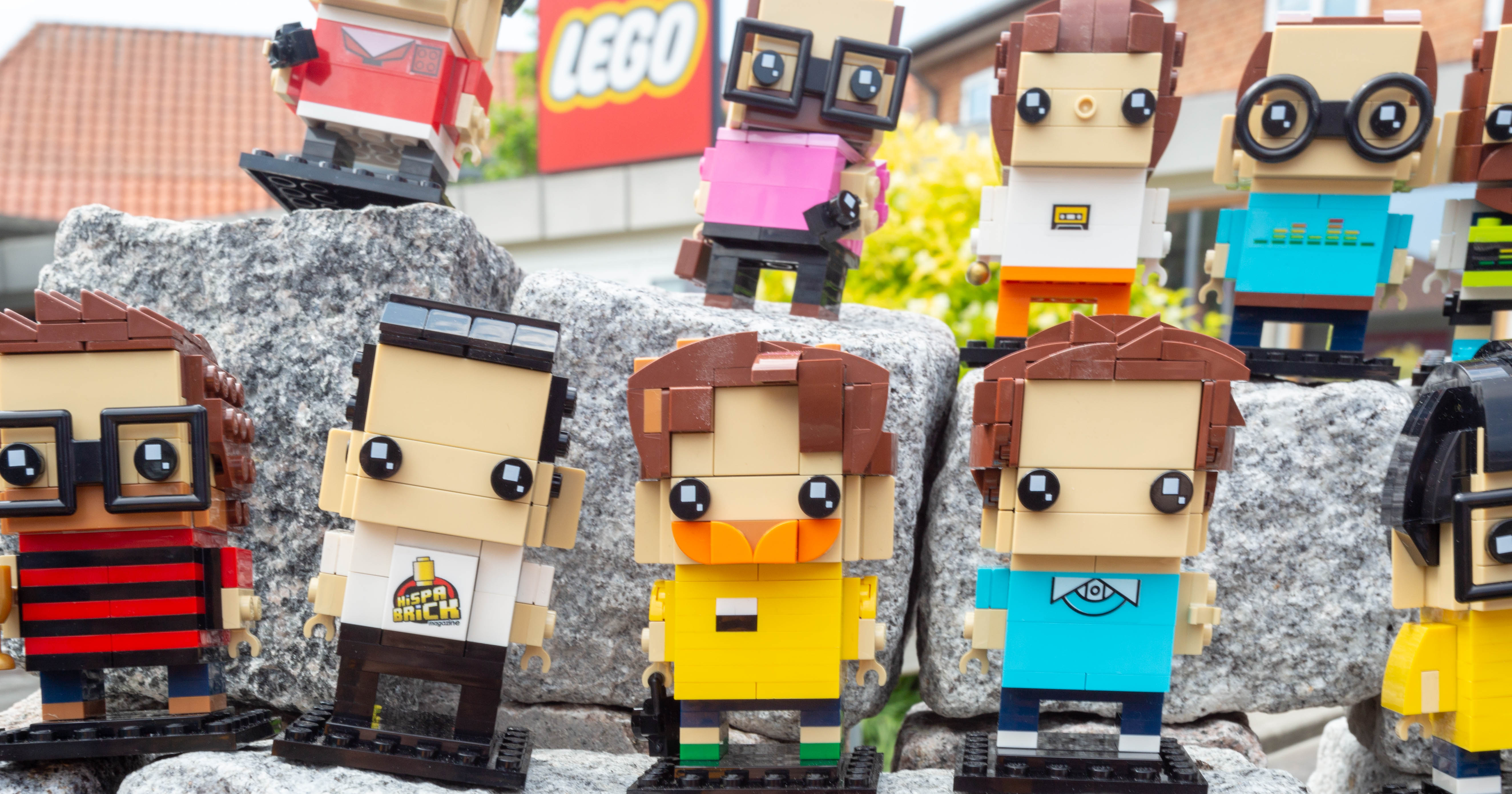 Learn about the discussions, interviews, and events that Brick Architect participated in during the three-day 2018 LEGO Fan Media Days event at the LEGO Headquarters in Billund, Denmark.

Scroll down past the Table of Contents for an overview of the Fan Media Days event, the list of teams we interviewed, and the events we participated in.

Brick Architect joined the Recognized LEGO Fan Media program earlier this year, which is part of the LEGO Ambassador Network. One of the most exciting perks is the opportunity to participate in the Fan Media Days event, where we got to learn about ongoing efforts at LEGO, give feedback, and conduct interviews with the design team.

Not only was it my first time participating in the event, it was also my first time visiting the LEGO Headquarters in Billund. In the coming weeks, I will be posting articles at Brick Architect exploring many of the following topics, as those articles are posted in the coming days and weeks, this page will also serve as an index for all of the articles related to the Fan Media Days event.

The focus of the first day was a series of interactive discussions to better understand the LEGO Ambassador Program, give them feedback on how to better assist the Fan Media community, and a number of initiatives at LEGO which we will be able to discuss further in the coming weeks. BrickHeadz figures of all the participants in the 2018 Fan Media Days event.

One of the highlights of the first day was the intro session, where we were each asked to build a BrickHeadz LEGO model of ourselves using parts from the recently-released #41597 Go Brick Me set. There are some talented builders in the group who created pretty impressive self portraits.

The second day was almost completely dedicated to interviews with LEGO Designers, and other members of the LEGO Group. This was a tremendous opportunity for Brick Architect, and we were able to conduct six really interesting interviews which we will share with you in the coming weeks. The day concluded with a casual pizza dinner in the LEGO Employee Cantina, which is not typically open to the public. It’s a two-story café with a large, brightly lit atrium. I learned that there is one meat and one vegetarian meal offered every day at lunch, and it sounds like the food is pretty good!

We will be sharing what we learned in these interviews in the coming weeks, so please be patient!

Not to be outdone by the previous day of interviews, on Friday we were VIP guests for the Press Release announcing the the new Bugatti Chiron LEGO set. This is just the second addition to the Technic Expert line, after the well received #42056 Porsche 911 GT3 RS set which was released two years ago. While Technic is not our focus here at Brick Architect, we have a copy of the set waiting for us when we return home. We are excited to highlight some of the new elements, and existing parts which are available for the first time in new colors. We will also share highlights from the Press Release and Q&A session which was hosted for LEGO Fan Media attendees. Lastly, we were given full access to the new LEGO House, which was an absolute delight to explore. This will be the subject of yet another article where we explore the four interactive play areas, the gallery on the top floor, the museum in the basement, and the building itself.

Since this was my first time visiting Billund, I am preparing another article with my impressions of the town itself. This includes a brief look at LEGOLAND theme park, which is all about the LEGO brick, even though it is no longer run by the LEGO Group directly.

Stay tuned to Brick Architect for in-depth articles and exclusive interviews from the Fan Media Days event. Thanks again to the AFOL Engagement team for inviting us!