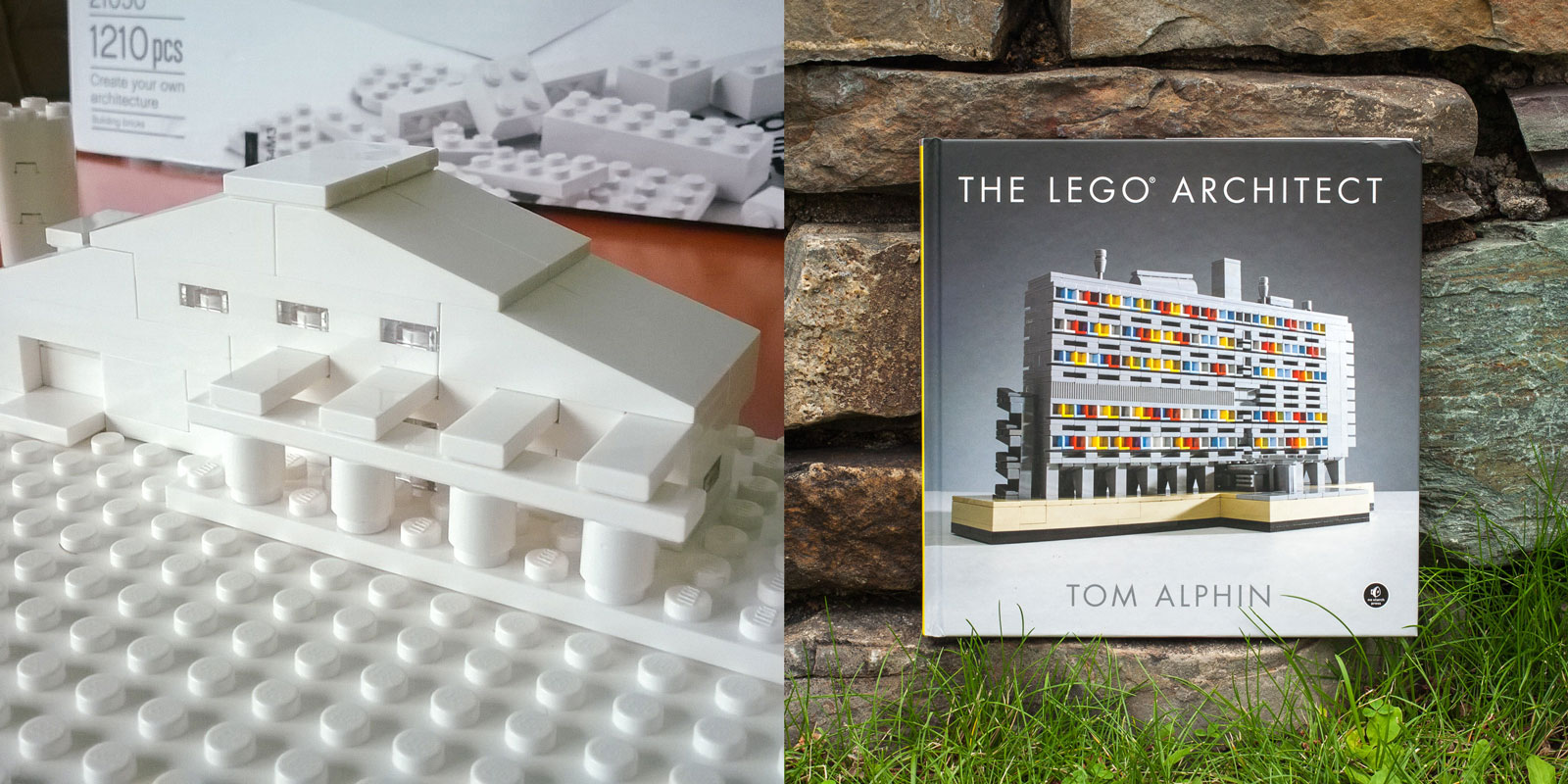 Let’s reflect on the strengths and weaknesses of the LEGO Architecture Studio set, which inspired me to build a large LEGO collection and write my own book teaching architecture using LEGO. Two years ago, I purchased the LEGO Architecture Studio set. I never would have guessed that this would grow into a life-changing tidal wave of LEGO related activities, culminating with the recent release of my bestselling book The LEGO Architect which was released September 25th. I wanted to take a moment to reflect on how this all happened.

While I never really stopped building one or two small LEGO sets a year, I usually built the model on the box without putting much thought into the other things I could build. It just feelt unnatural to build anything else when the main model is so recognizable with strong LEGO themes like a Millennium Falcon from Star Wars, Hobbiton from Lord of the Rings, or even the Space Needle in the official LEGO Architecture series. My first LEGO Architecture Studio project was a re-creation of my home.

I was drawn to the LEGO Architecture Studio set because it pulled at something from my childhood – the joy of building something creative and new. The first thing I did when I opened the box was to sort out the parts by type so I could see what I had to work with. Not unsurprisingly, the next project was to re-create my own home using this wide open canvas of new bricks.

I eventually took the time to thumb through the included book to see what it had to offer. I remember being disappointed, because the book isn’t especially instructive – it’s just a series of essays and architectural photos by respected architecture studios. That said, each chapter concluded with a “project” such as build a model exploring repetition, symmetry or scale. I was on my way…

Inspired by the handful of challenges in the book, I decided to try and complete 30 LEGO Architecture challenges and document the project on my blog. I explored scale, made a sphere, some furniture, and an MC Escher model. I even learned about LEGO CAD software, calculated “minifigure scale“, and designed my own interlocking plastic bricks with a 3d printer. My favorite challenges were the many architectural projects, where I learned about a specific style of architecture like Art Deco, Prairie style, Shed-style, Brutalism, or Craftsman.

Admittedly, it did not take long for me to break the first rule of my 30-day challenge, to only use the 1210 parts contained in the LEGO Architecture Studio set. I discovered Bricklink, a website where you can buy any LEGO part ever created, in whatever quantity you want. Having bubblewrap envelopes containing additional LEGO bricks appear in the mailbox is pretty awesome (but be warned, it can be addictive.) I started organizing my LEGO using a combination of Ziploc bags, plastic tubs and craft boxes with dividers.

My building style requires that I can see exactly which bricks I have available to me, so a big pile of bricks on the floor doesn’t really work. My initial solution was a stack of plastic boxes with removable dividers and tight fitting lids. They stack easily, but it is challenging to get the parts out of the small compartments without spilling parts everywhere. My final solution was the inexpensive, yet durable drawer system by Akro-Mils drawers. The small drawers hold small or uncommon parts, and larger drawers are perfect for very common or large parts. To make things even easier, I developed a collection of LEGO labels which you can print and affix to the front of every drawer. You can download the labels from my website at: http://brickarchitect.com/labels. (The labels are designed for a Brother Label printer.)

The longest chapter in my 2 years with the LEGO Architecture studio set follows my experiences getting approached by a publisher, conceiving of an initial idea for a book, finding the right publisher, writing the book, and seeing the warm reception by LEGO enthusiasts from around the world. This was an exhausting yet exciting experience, especially now that I can share my excitement for the finished book with the world. Some of the models in my book require parts not included in LEGO Architecture Studio set.

Much of this time was spent researching styles and editing the book, but I also spent a lot of time designing and refining the LEGO models featured in the book. I decided pretty early that it was more important to create compelling LEGO models that capture the most important characteristics of their respective styles than to ensure that each model could be built using only the parts from the Architecture Studio set. With the Brutalist Air-traffic control tower model, the only substitution you would need to make is to use three 1×1 tiles instead of the preferred 1×3 tile which isn’t included in the set. By contrast, the parts needed for the Postmodern University building can’t be substituted easily as it requires too many 1×3 curved tiles, and two 1x6x2 arches.

In general, I have to commend the LEGO group for offering a pretty good selection of LEGO parts in the Architecture Studio set.

Since I have arguably spent more time with the Architecture Studio concept than almost anyone else while writing my book, I feel qualified to call out some of the shortcomings of the set and my hopes for a revised edition.

I’d love to hear your thoughts about the Architecture Studio set, so leave a comment below.